The objective of the research was to find out whether or not the picture word inductive model is effective in teaching vocabulary to the eight grade students of SMPN 2 BUNTU PEPASAN. The researcher applied quantitative experimental used pre-test and post-test. The population of this research was the eighth grade students of SMPN 2 BUNTU PEPASAN academic 2018/2019. The researcher used cluster sampling in choosing class VIII A consists 19 students. The data collected through written test, and then it is analyzed in percentage in work sheet. The result of data analysis through written test showed that the mean score of pre-test was 53,73 falls into poor score, and the mean score of post-test was 75,15. It means that the mean score of post-test is higher than pre-test. The result of t-test and t-table showed that there was significant improvement of Students vocabulary after treated by picture word inductive model. It was found that the score of t-test was 12,98 and score of t-table that used in this research was 1,734 It means that the hypothesis Hi is accepted because t-test is higher than t-table (12,98≥1,734) Based on the result of data analysis, it can be concluded that used of picture word inductive model to the eighth grade students of SMPN 2 BUNTU PEPASAN is effective. 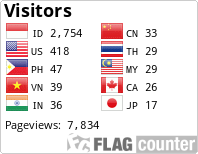